What is a Kickstarter pledge manager? 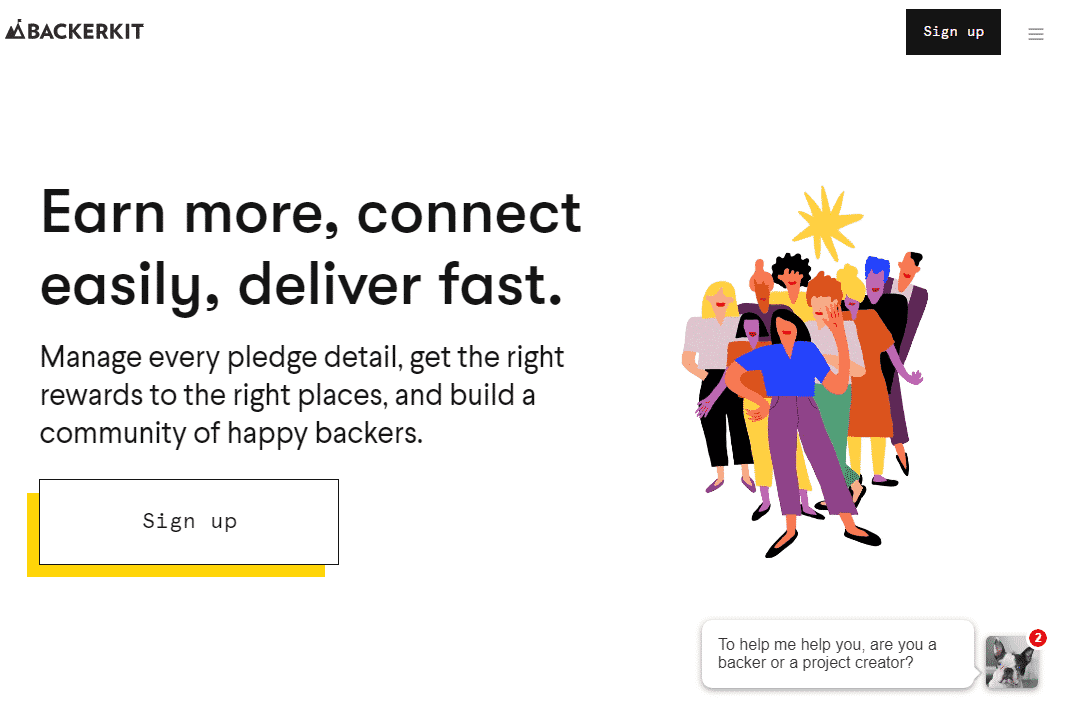 Every Friday, we answer a common question about fulfillment, shipping, or business. This week’s question comes from a reply to one of our weekly emails. Today we will answer the following question: “what is a Kickstarter pledge manager?”

What is a Kickstarter pledge manager and why are they useful?

A pledge manager is software used by Kickstarter campaign creators. To explain their purpose, however, is a little more complicated.

Pledge managers fill service gaps that Kickstarter and similar crowdfunding sites have not addressed. That includes:

Imagine you’re a Kickstarter backer. You’ve pledged to a campaign that uses a pledge manager. Once the campaign is successfully funded, you receive an email inviting you to access your pledge manager.

This may sound minor, but it’s actually a huge deal! Without using a pledge manager, many of those tasks would be a lot harder.

Now that said, pledge managers are not required to run a crowdfunding campaign. In fact, not every backer wants to use a separate system to manage their pledge, even if the system is user-friendly. They also take a cut of the funds raised, too, which can be off-putting for creators.

If you’re running a Kickstarter campaign and have decided that a pledge manager is right for you, then you have a lot of options. Three stand out head and shoulders above the rest, though.

BackerKit: Costs 2% of campaign funds + a $199 setup fee. BackerKit can be used to handle surveys, add-ons, preorders, and more. This was used in the Kickstarters for Fidget Cube and Kingdom Death.

CrowdOx: Costs the greater of $525 or $0.75 per backer. CrowdOx is known for having extremely robust survey tools. It was used by the Kickstarter campaigns for 7th Continent and Terraforming Mars Big Box.

PledgeManager: This option is unique because they charge no set-up fee and a flat rate per backer. It’s also highly customizable around your brand and can be set up to allow backers to customize their rewards to a greater degree than most other tools. It was used by the popular Kickstarter campaigns for Exploding Kittens and Tiny Epic Galaxies.

When compared side-by-side, though, these three pledge managers are pretty close in quality. You will likely wind up making a decision based on price.

Pledge managers allow crowdfunders to offer services which are not available normally through crowdfunding sites like Kickstarter or Indiegogo. Backers can benefit from this, too, since it’s easier to select add-ons, make additional purchases, and support the creators they care about. It’s likely that more campaign creators will choose to use pledge managers in the future, so this is a trend to keep an eye on!

The holidays are closer than you think! Between the unprecedented growth of eCommerce and the push to move ...

7 Red Flags When Searching for a Fulfillment Company

It's no secret that we at Fulfillrite believe that outsourcing fulfillment is a good idea. In fact, if you ...